AFC has decades of experience conducting chromatographic separations at commercial scale in a highly regulated environment. Our Simulated Moving Bed (SMB) processes can be developed in a few weeks and are easily scalable. In many cases, scale-up from gram to multi-ton quantities can be achieved in less than six months.

Our services include SMB screening, method development, proof-of-concept demonstration, and production of gram to multi-ton quantities of intermediates and APIs. AFC operates the largest cGMP SMB unit in the US (5 x 1,000 mm), which supports commercial scale API production of hundreds of metric tons per year. Our facilities include kilo-scale and pilot scale units to support smaller quantities also under cGMP conditions.

The SMB process has been inspected and approved by the FDA for manufacturing of APIs. AFC has 4 registered products with regulatory authorities (FDA/EMA) using SMB technology. 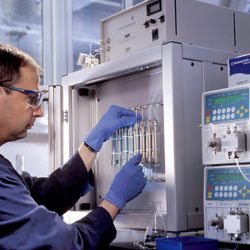 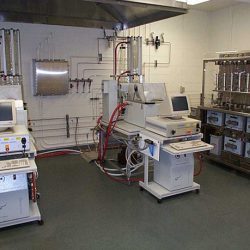 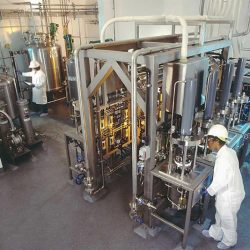